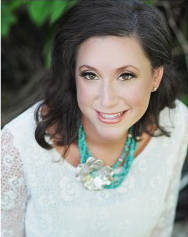 Lindsay Aydelotte founded HERLIFE Magazine with the inaugural issue coming to life in October, 2007. After having her first child, Lindsay opted to be a stay at home mom. After a few months, Lindsay was looking for something to compliment her home life that would be fun and flexible, giving her the ability to work from home. She had been in corporate before the birth of their child and didn’t want to return.

She was drawn to the idea of starting a magazine because she was looking for a way to connect to the Kansas City area, while staying at home. She had always been a magazine junkie and starting a magazine seemed like a perfect match. After looking into several businesses, she found that her passion was in the magazine world. The possibility of changing lives with valuable information and helpful tools and tips, was what she wanted to do.

In 2008, HERLIFE Magazine’s founder, Lindsay Aydelotte was named by Kansas City’s Business Magazine, Ingraham’s, as one of 20 young people to watch in their 20’s. Additionally, in 2010 and 2011, HERLIFE Magazine was nominated by its peers in the industry as the best Kansas City publication of the year. 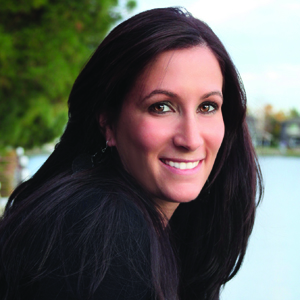 HERLIFE Magazine has been the best move I could ever make for my career and my family. It has afforded me the opportunity to combine my sales experience with my passion for writing. The HERLIFE Corporate team is an extension of my business which allows me to focus on building my advertising revenue with my sales team. The design staff is talented and easy to work with. The monthly process of designing each issue is efficient and timely. I was first introduced to HERLIFE while living in Kansas City when I was looking for advertising opportunities for my former employer. Because of the results we experienced from our advertising with HERLIFE, I was intrigued when the magazine began to franchise. Looking back over my last 2 years with HERLIFE, I would make the decision to buy this franchise again and again. I have been rewarded financially and I am truly passionate about the mission behind the magazine, keeping women connected.

This franchising information is not intended as an offer to sell a franchise or the solicitation of an offer to buy a franchise. The following states regulate the offer and sale of franchises: California, Hawaii, Illinois, Indiana, Maryland, Michigan, Minnesota, New York, North Dakota, Rhode Island, South Dakota, Virginia, Washington, and Wisconsin. Certain other states- Connecticut, Kentucky, Michigan, Nebraska, Texas, and Utah- have franchise filing requirements.  If you are a resident of one of these states we will not offer or sell you a franchise unless and until we have complied with the applicable presale filing, registration, and disclosure requirements in your state.